Hi, Sidetracked, Duane Jones is a Group Sixteen player, not Fifteen, and it seems you haven't actually selected a Group Fifteen player. Otherwise, your team is fine, so get those amendments on to me.

Valid entries from both csprince and Reg Varney

be sure to sanitise if you do.

But while the 2022 prize recipients have only just been confirmed, the 2023 selection window will open right after the World Championship final concludes.

The rules for 2022/23 are unchanged from the past two seasons:

1. The world’s top 96 ranked players will be split into 16 groups of six according to rankings at the conclusion of the 2022 World Championship. Group one will contain players ranked one to six; group two will contain players ranked seven to 12; group three will contain players ranked 13 to 18, and so on and so forth until group 16, which will contain players ranked 91 to 96.
2. Each entrant picks one player in each group as a team member.
3. You must then select a 17th player as a wildcard. This can be any snooker player who is not ranked inside the world's top 96.
4. Every ranking tournament counts towards the scoring, except for the Shootout. Invitational events do not count. Should a new ranking event be announced, I will let you know whether or not it will count, and how valuable it will be.
5. The scoring criteria is the same as last year. If your Group One player makes it to a quarter final, they score you one point; two for a semi-final; three for a final; and four for winning a ranking tournament. If your Group Two player makes it to a quarter final, they score you two points; four for a semi-final; six for a final; and eight for winning a ranking tournament. For group three players it goes 3, 6, 9, 12; group four goes 4, 8, 12, 16, and so on and so forth until group 16 players, which goes 16, 32, 48, 64. A wildcard player, meanwhile, scores 25, 50, 75, 100 for the above.
6. The World Championship carries triple points on the above.
7. Any tournament whose final is shorter than best of 17 will be worth half points on what’s stated in rule five.
8. The first tie-break criteria is to check which of the tied entrants has the highest-scoring team member. If still tied, we check the second-highest-scoring team member, then third, and so on and so forth.
If the tie-break hasn't been broken after checking each team member, then it's a dead-heat between the players, unless both players have picked exactly the same team. In that case, whoever entered their team first wins.
9. We will be open to entries once the World Championship final is over, and entries will be accepted until 23:59:59 on May 15, the eve of Q School.
10. All you have to do to enter is fill out the template below once the deadline is open and the players included in each group have been posted.
11. Once you have entered, you cannot change your team. I will ask a moderator to move this thread to the predictions section as soon as entries are open in order to prevent post editing.
12. Once I have confirmed your team is eligible, then you are signed up to battle for the 2023 Coland Rox Memorial Trophy.
13. Any participants who moderators confirm have entered twice using more than one Snooker Island ID will be disqualified.

This is the template:

And here is the beautiful trophy: 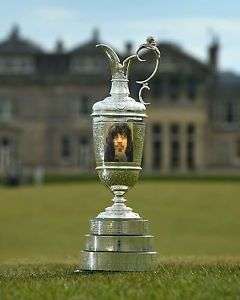 The traditional retiree this year is Nigel Bond.

I need a wildcard, sir.

You have one week (plus seven hours and 41 minutes) to get your team in for Think Pink 2023.